Patrick Vernon on Black, Asian and Minority ethnic communities not taking the vaccine

HPFT’s Non-Executive Director and British Social Commentator Patrick Vernon appeared on Jeremy Vine’s BBC Radio 2 show on the 26th January, alongside former Blue Peter present and author Konnie Huq. Together they discussed the reluctance in the BAME community to taking the COVID-19 vaccine.

He states that despite the successful roll out of the vaccines in the country, the governments handling and support towards the BAME community has been poor.  In the black community there is a lack of trust towards the government and even those who work within the NHS, which is why Patrick felt it was so important to have the vaccination so he could help change the message being received from the black and Asian communities, it’s about changing the narrative and most importantly, saving lives.

The black and Asian community represent 13% of the UK population yet 1 in 3 of us are dying from COVID which is why we must be taking the vaccine when we can. Patrick urges and encourages everyone to get vaccinated and worry about politics later. 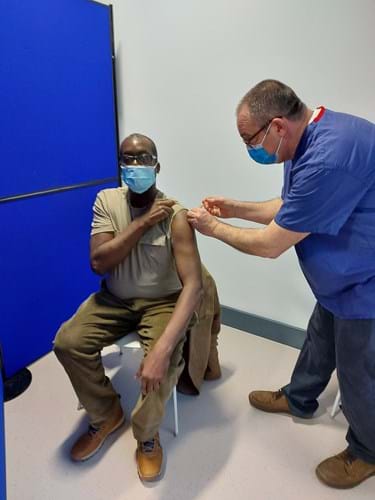